This project is a great example of three-dimensional pojagi.  It only uses the basic pojagi seam, but with great impact.  To make this, you need handkerchief linen in three different colours and size 8 Perle cotton.

Make a 1″ square template with cardboard, and trace with a Hera onto the linen.  Be sure to leave 1/4″ seam allowance for each square.  You will need five each of three different colours. 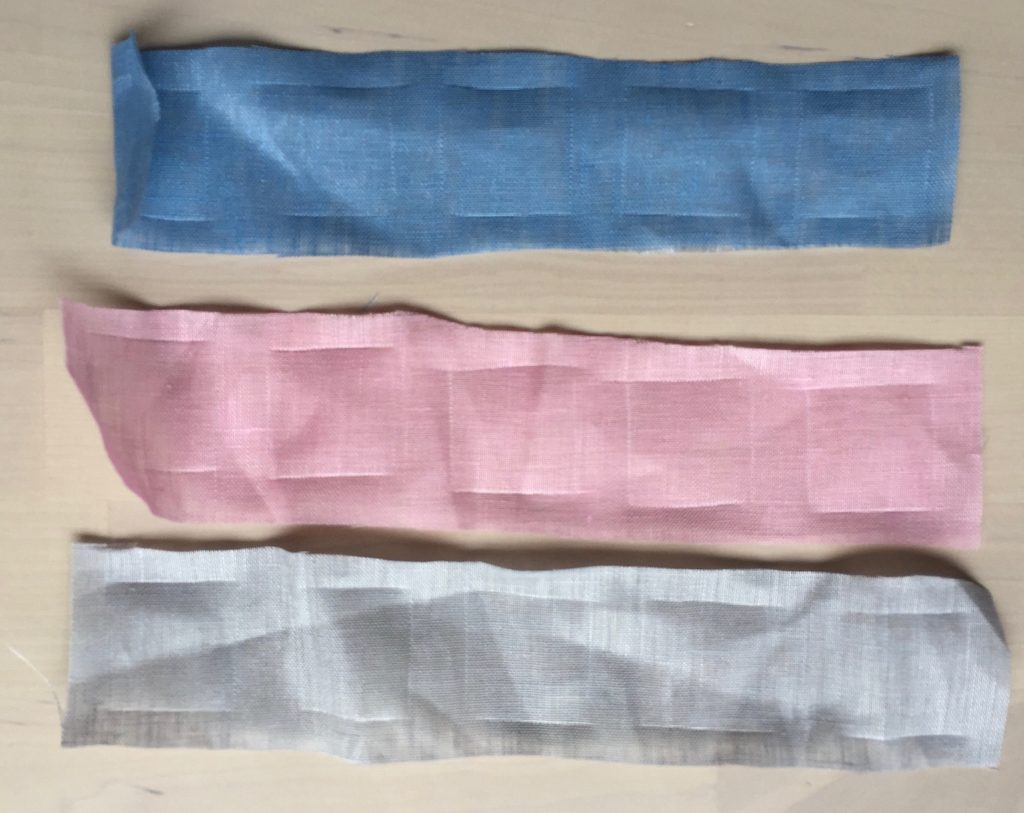 Cut them out and finger press the creases. 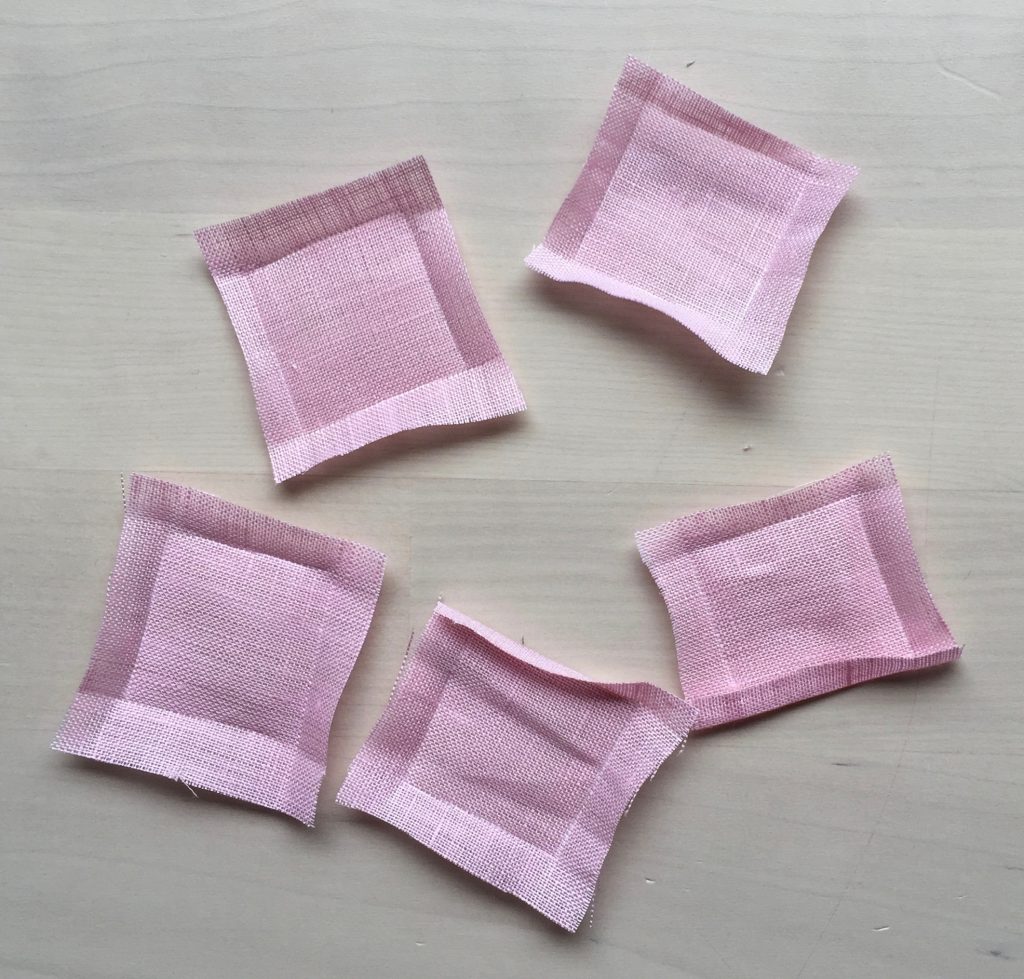 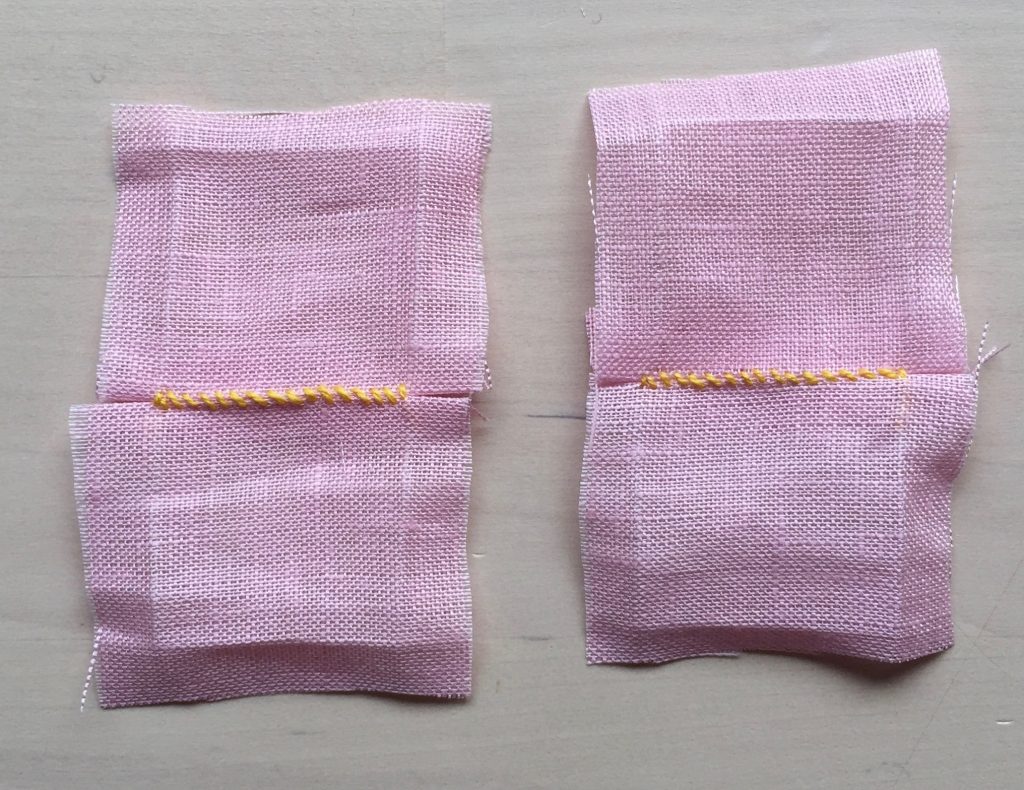 Join the upper squares of these pairs with a pojagi seam.  The lower squares are not joined. 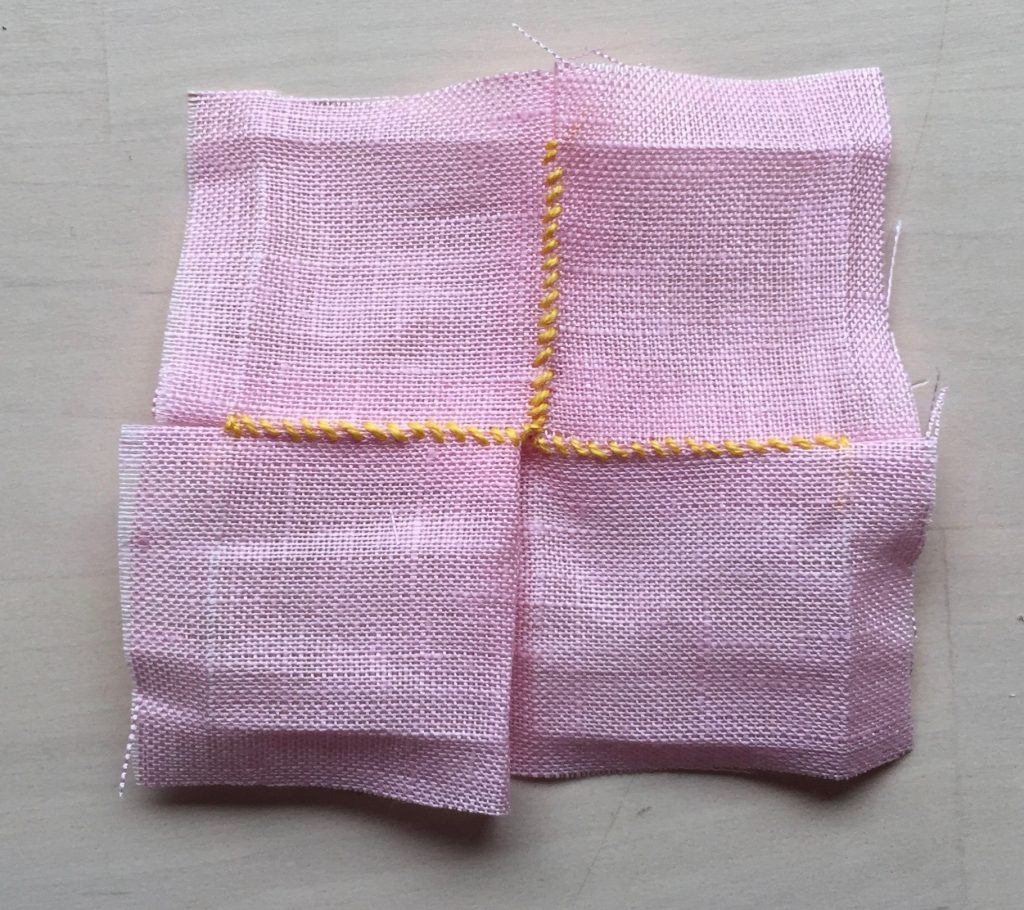 In the bottom opening, join the fifth piece.  Sew from the edge into the centre. 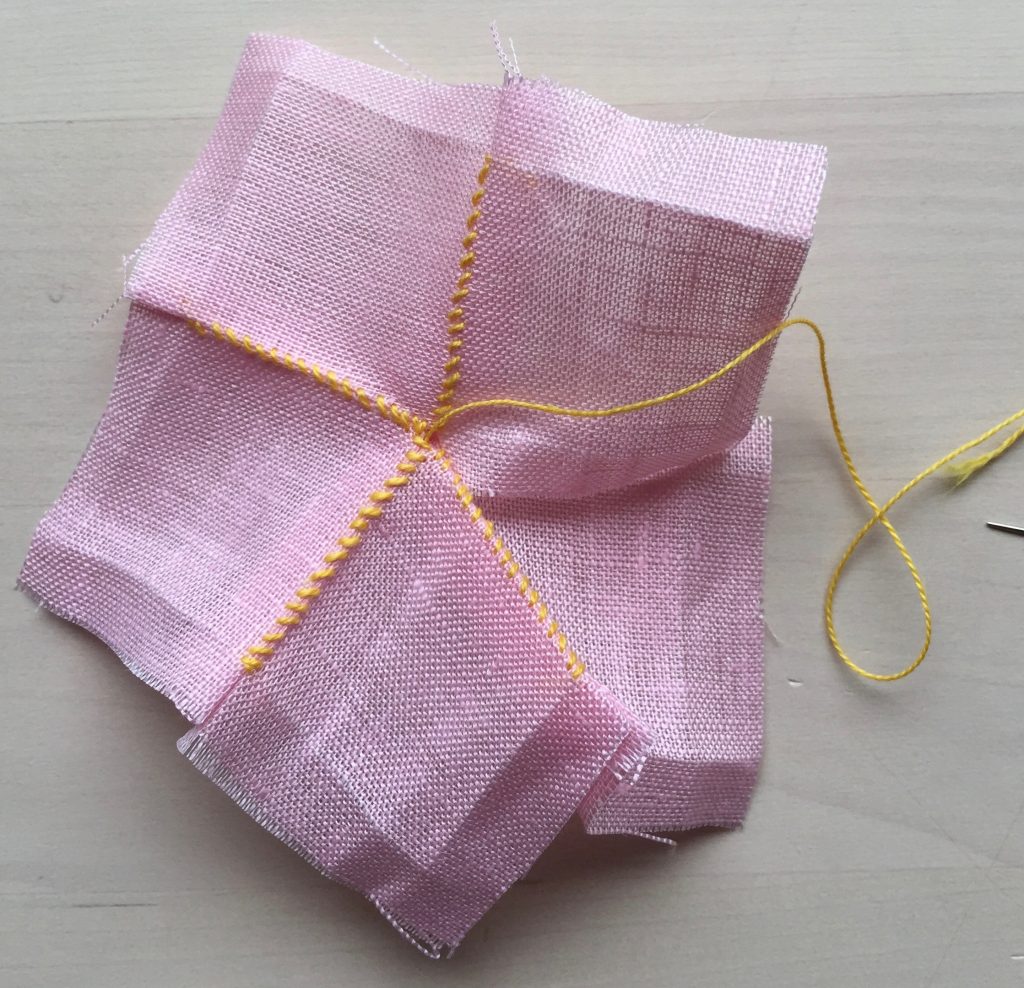 Complete the seam from the centre down the other side of the square.  The five squares should now all be joined, meeting in the middle. 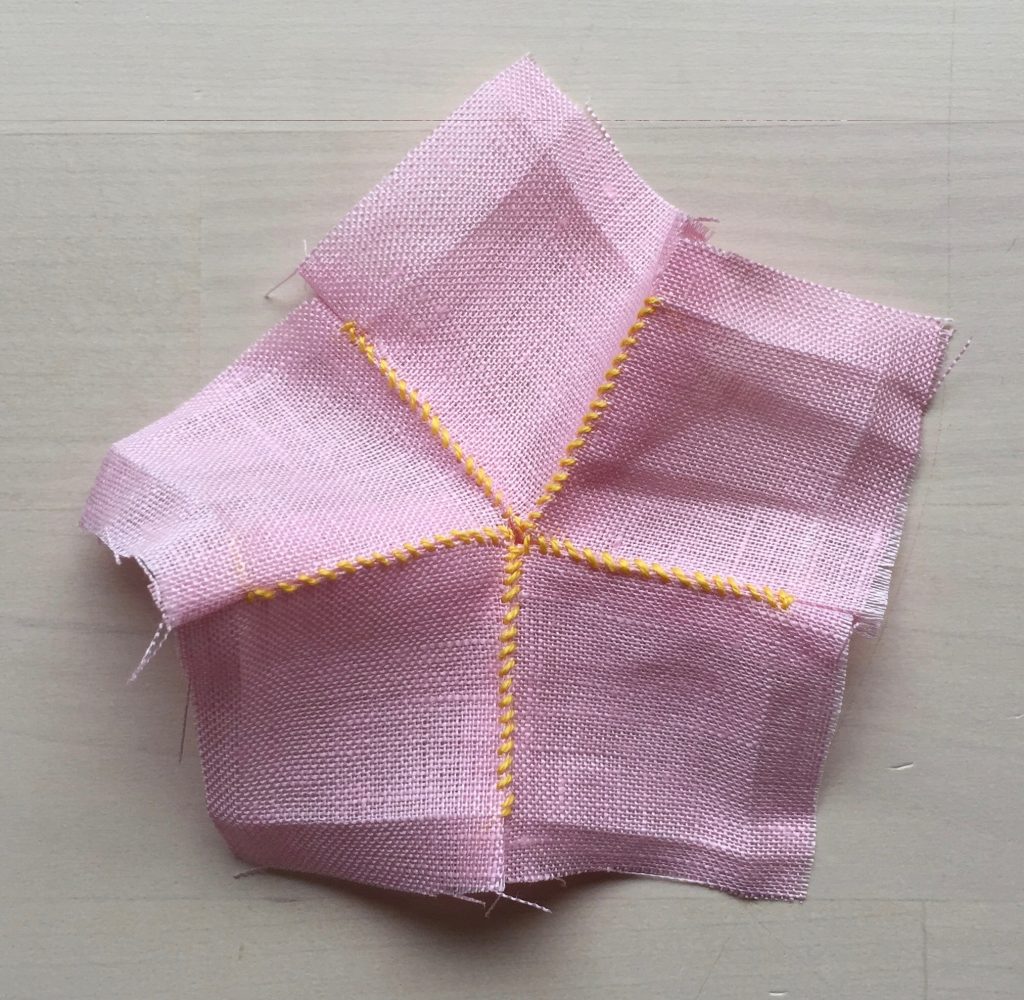 Repeat with the second colour. 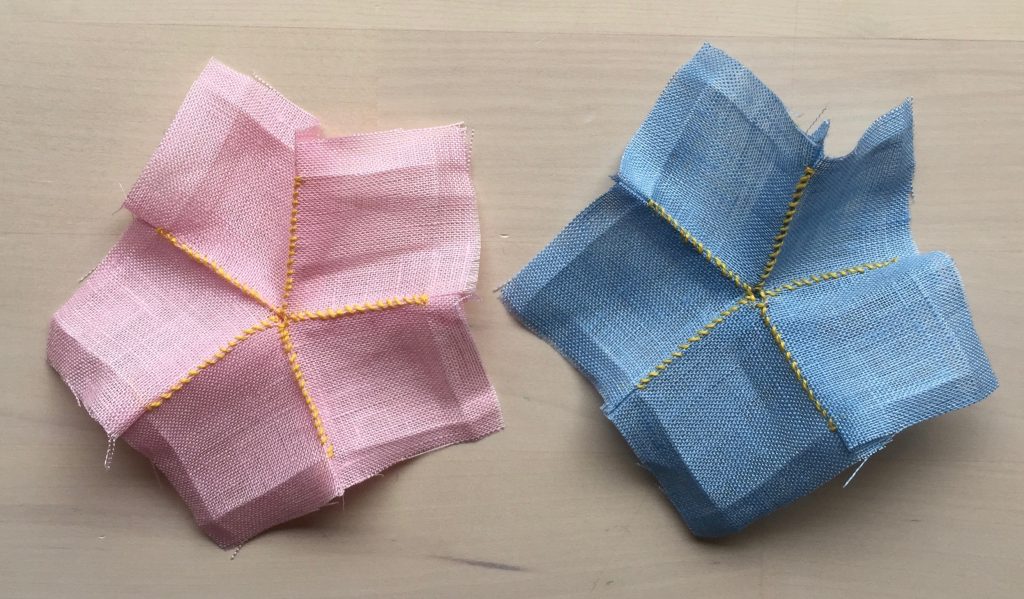 Take one square of the third colour and join two sides of it to the edge of one of the stars. 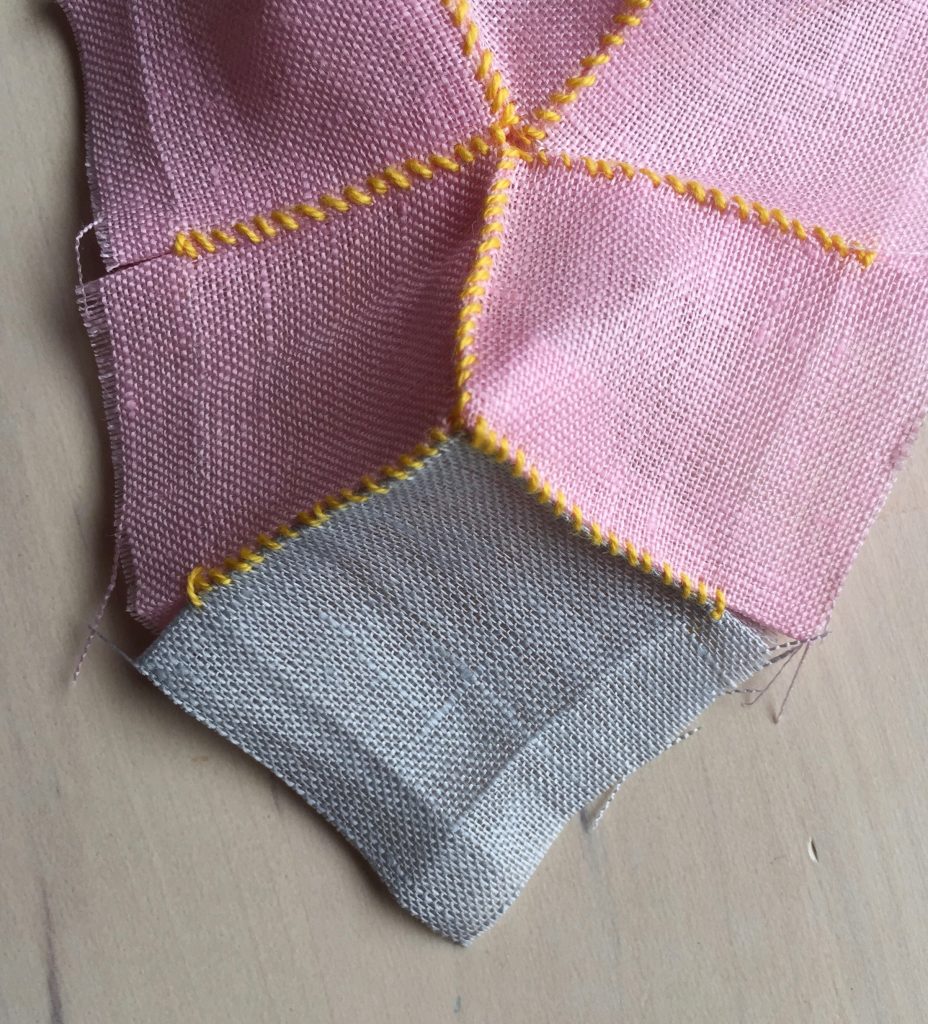 Join the rest of the squares in the same way. 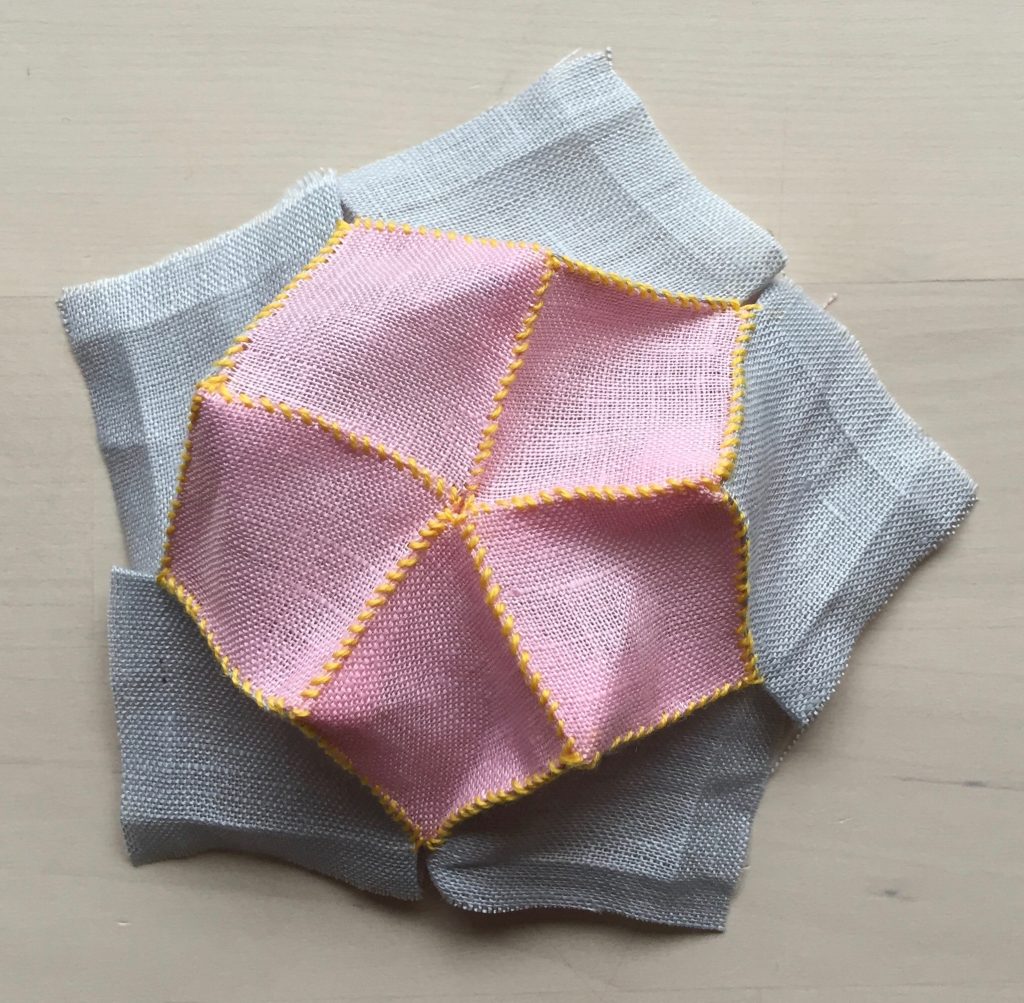 Join the other sides of the edge squares to the other colour star. 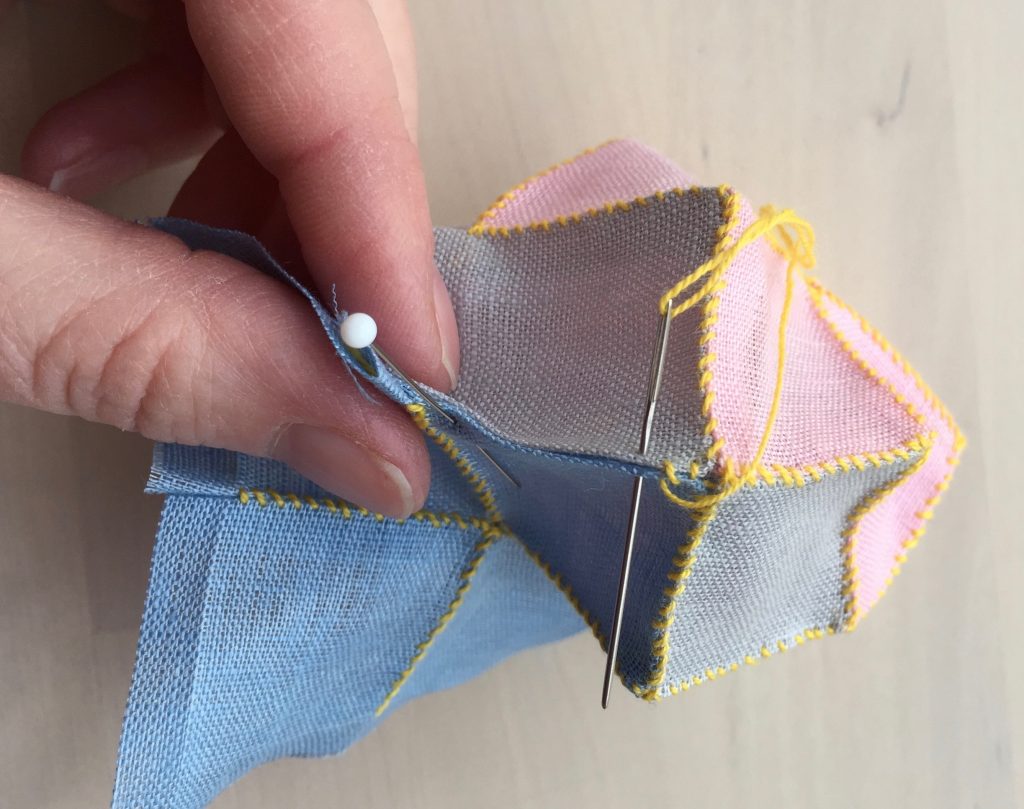 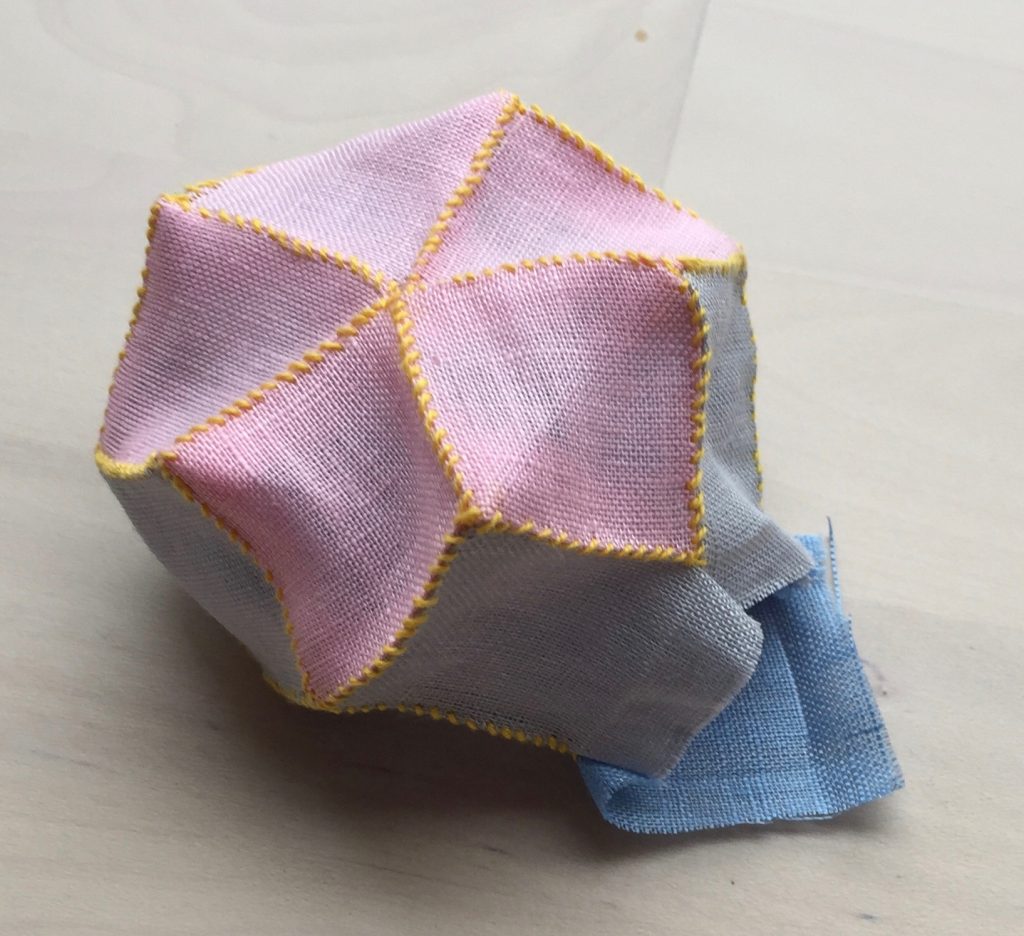 Insert stuffing through this opening.  Stuff it firmly. 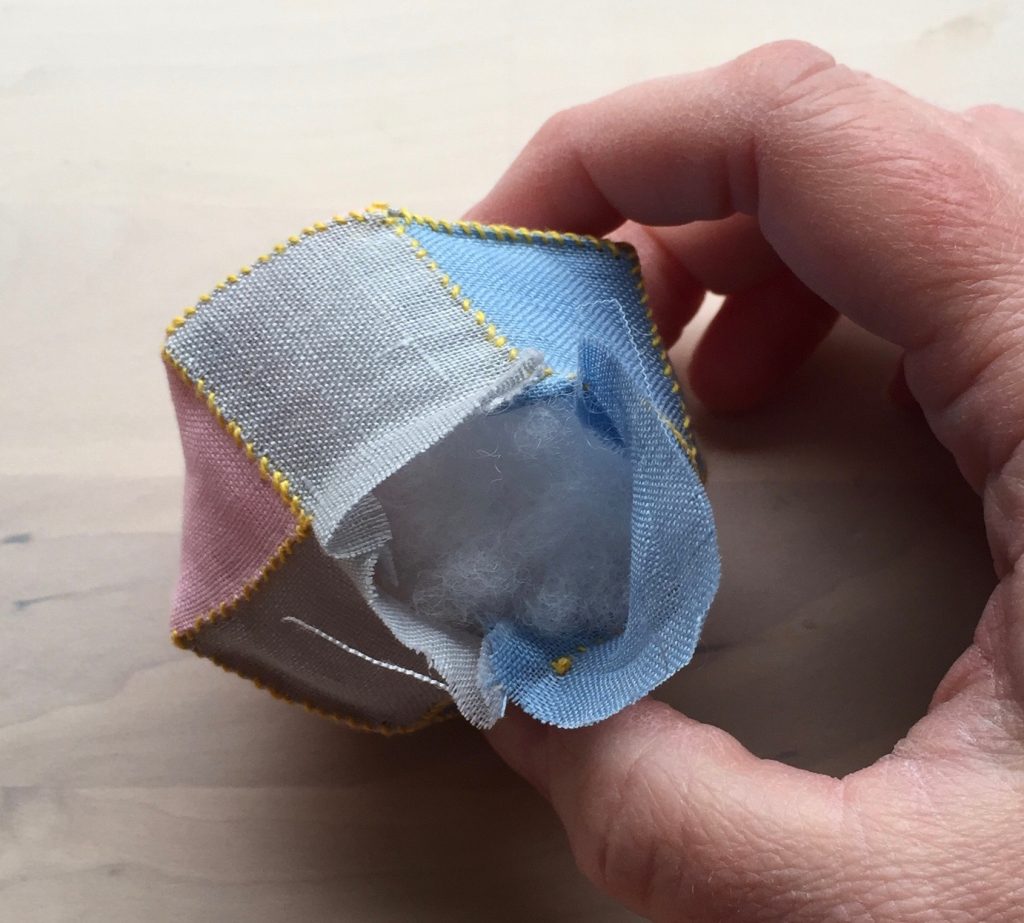 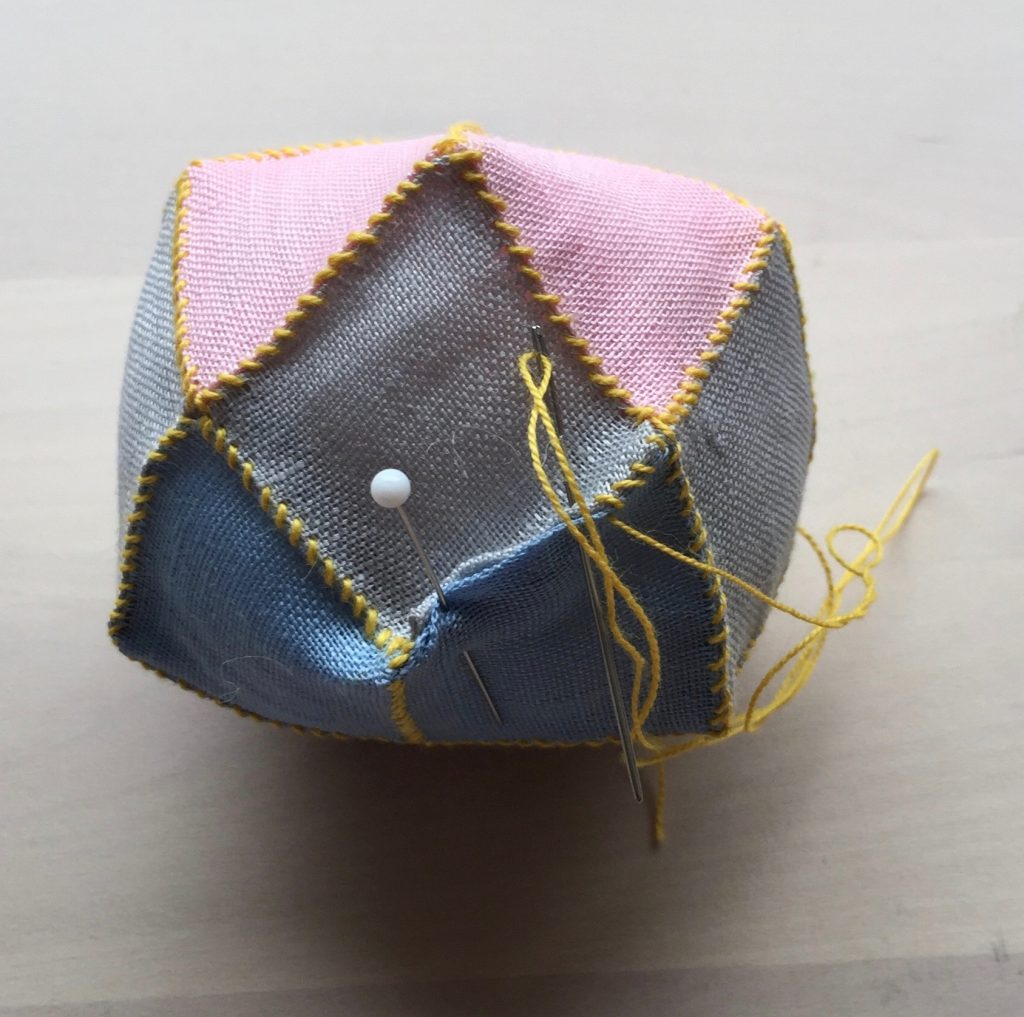 Bring thread up near the centre of one of the stars, but in fabric — not the hole in the centre. 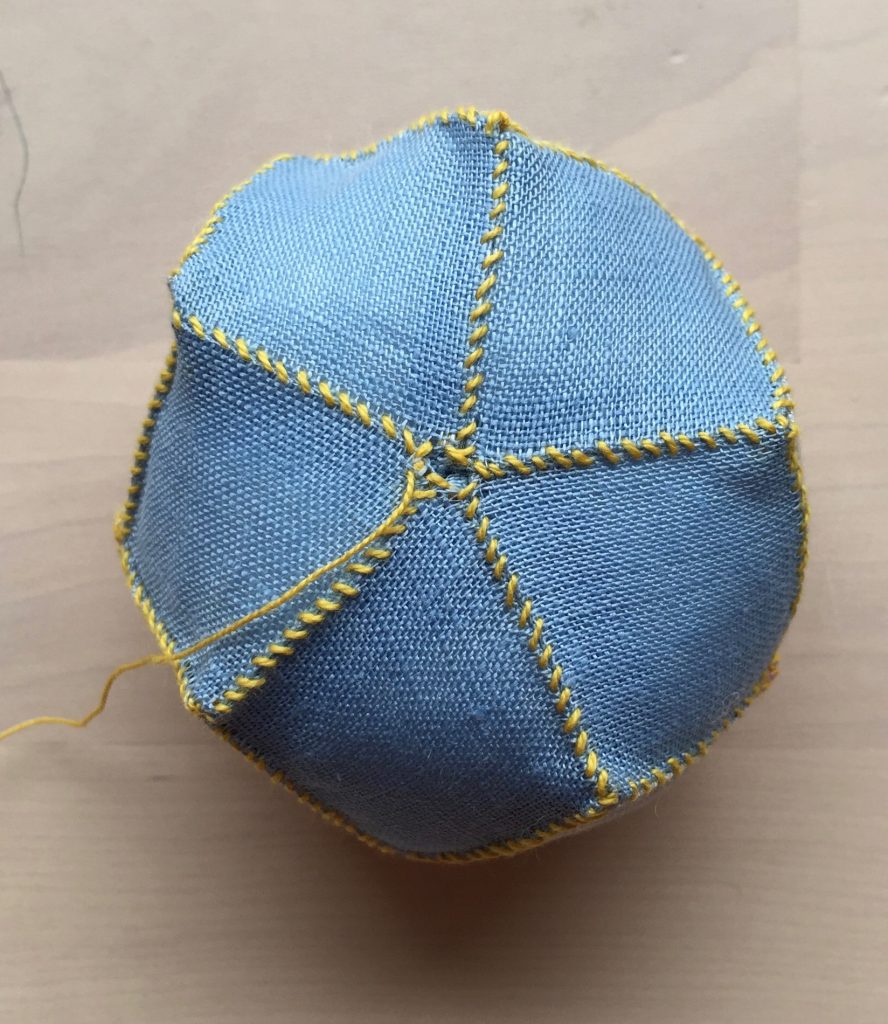 Put it in at a place across the centre on one of the other pieces. 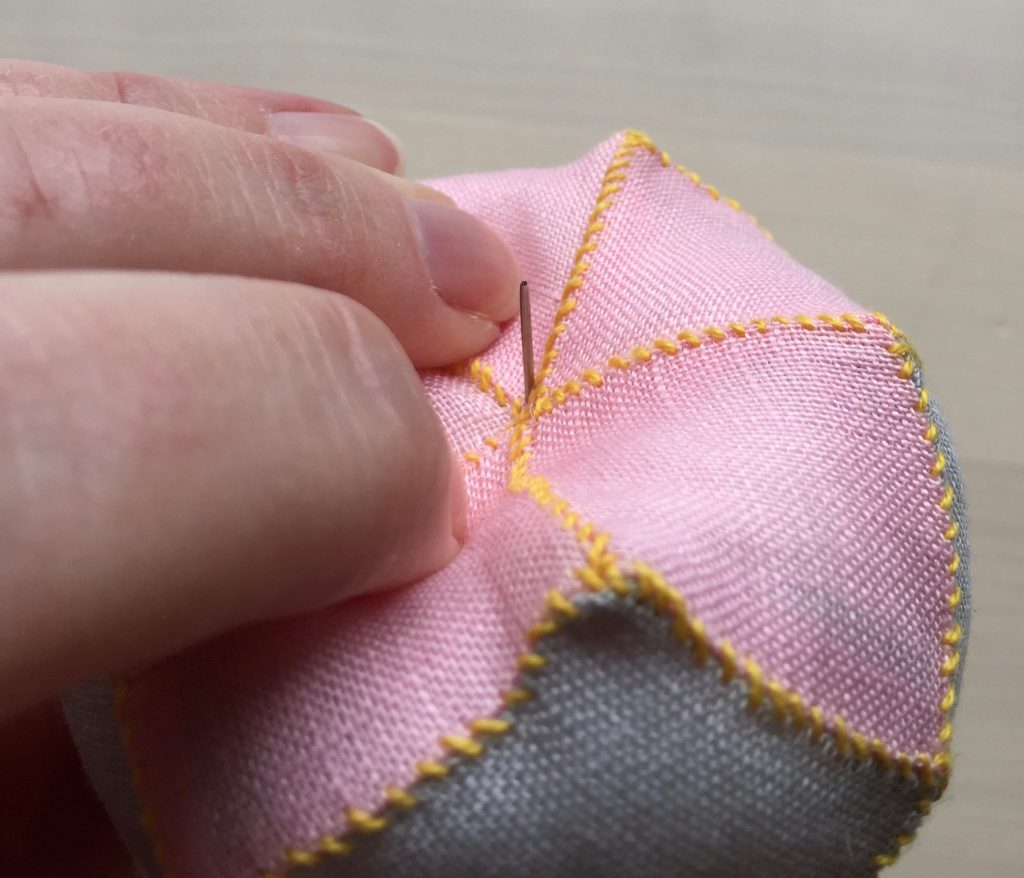 Move the thread through the inside of the ornament, and come up at one of the inside points.  In the same way, take a few stitches at the point of the star, pulling the thread firmly. 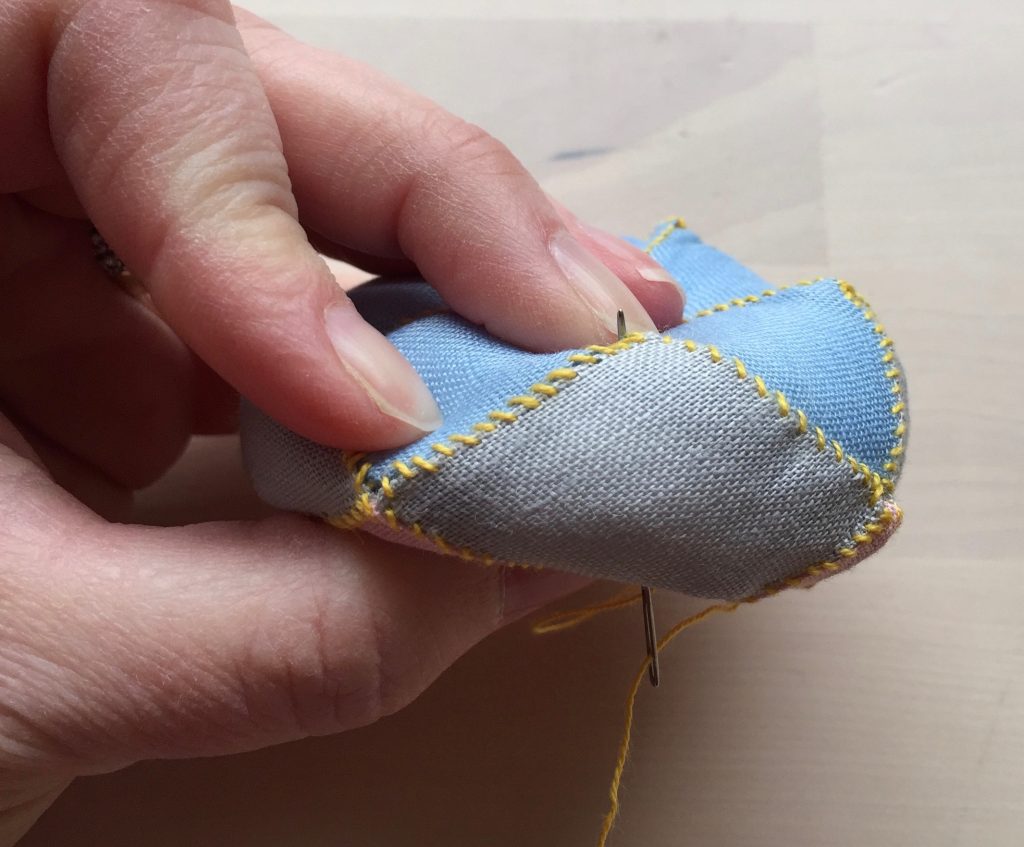 Repeat on all the inside points of the star. 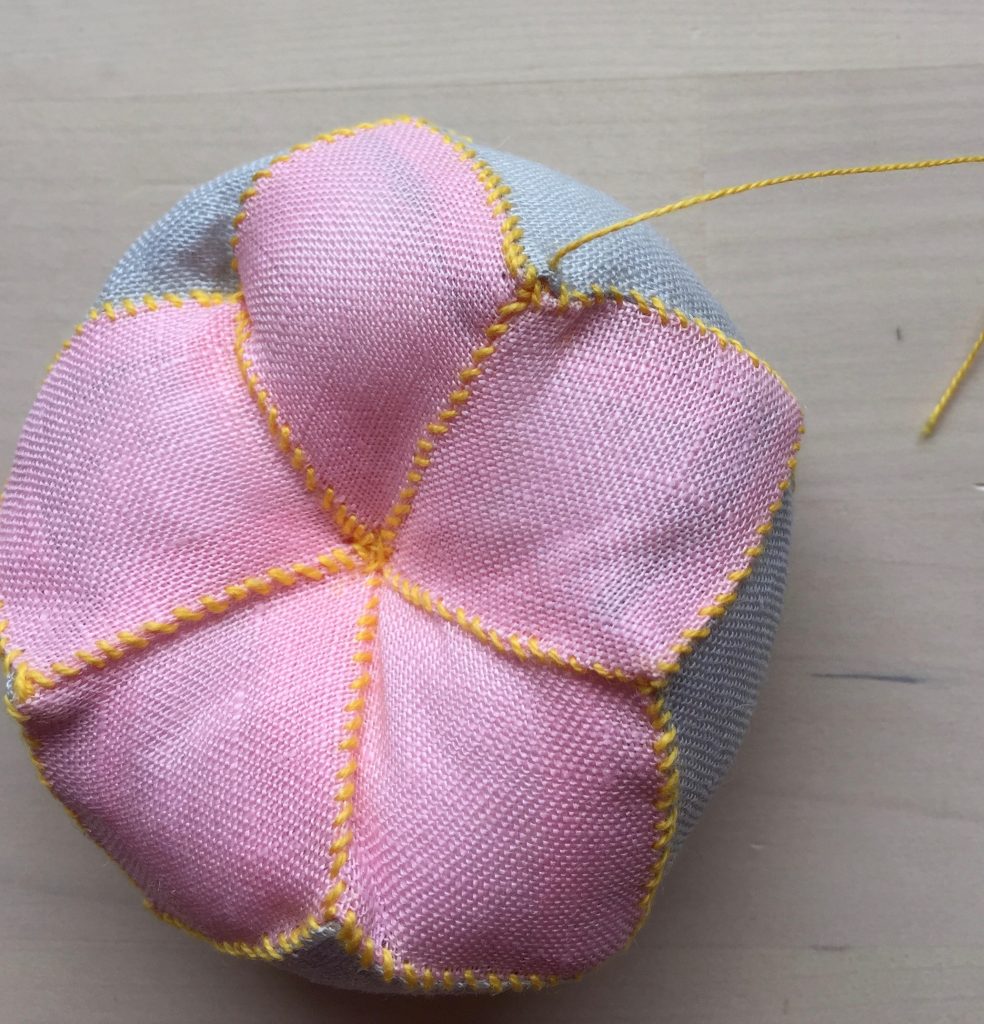 Knot the thread, and bury the knot and the end of the thread on the inside. 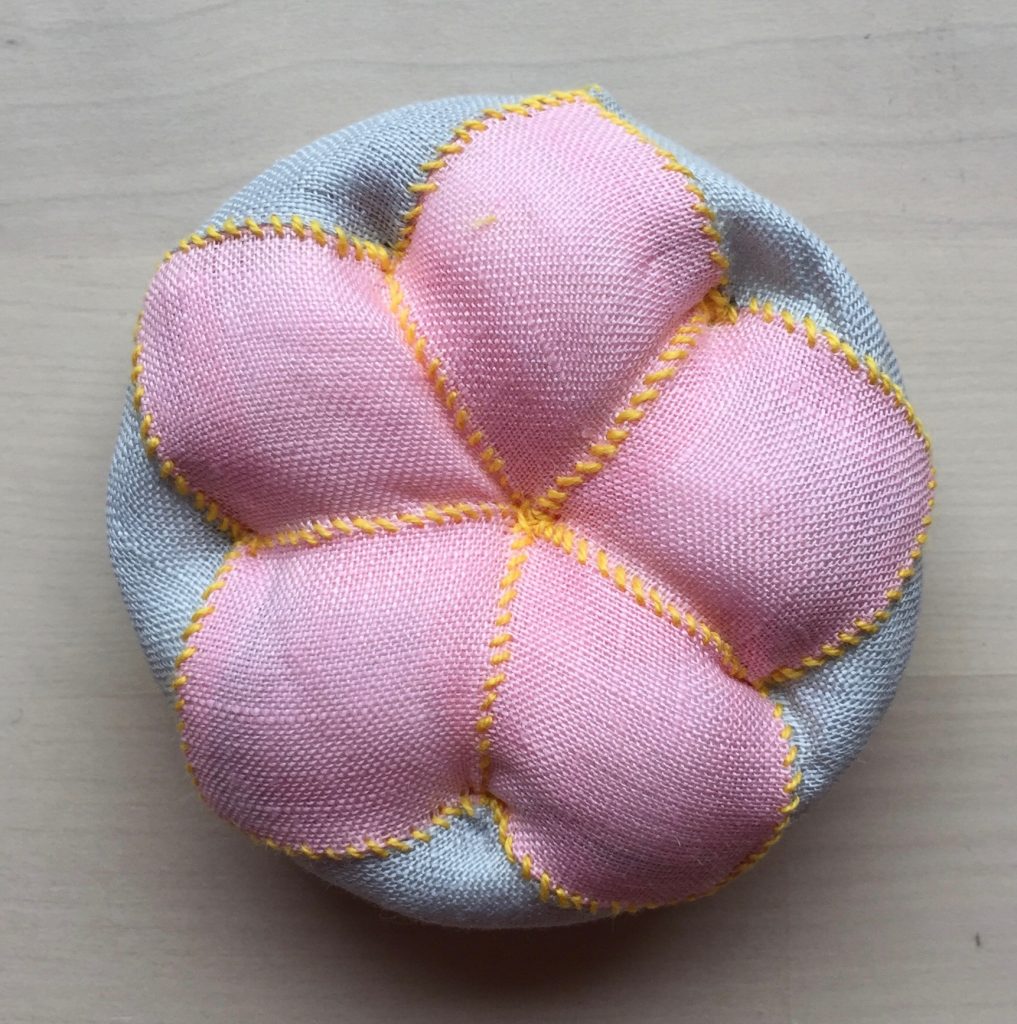 Tie a loop of thread, and it’s ready to hang! 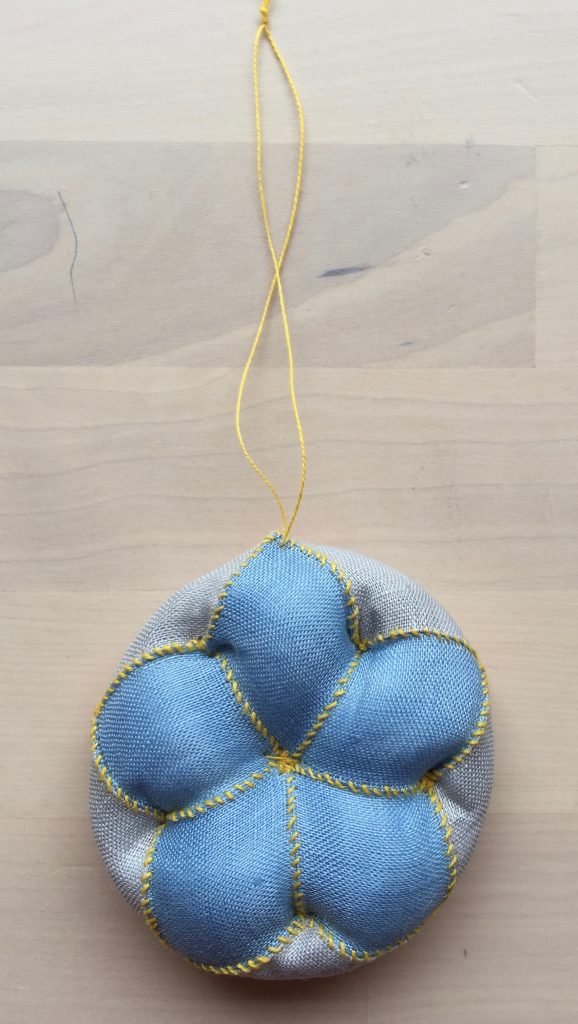